(First Posted over at the good blog, Heavy Blog is Heavy) 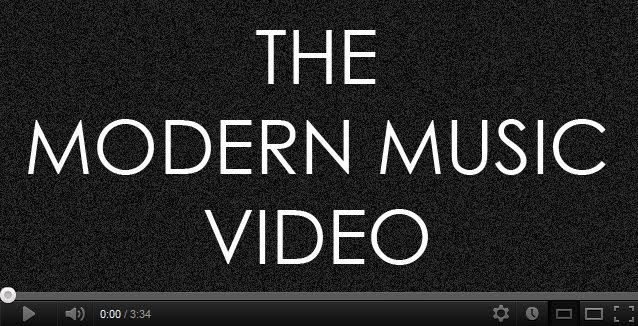 Last year I wrote an essay for my course at Uni where I argued that the music video as a medium was dead on its feet. It was over. Done. Nobody paid attention to them anymore, they’d lost their power in attracting audiences, no label was prepared to put money into them, that they were surface-level tedium, and that they were obsolete as a promotional tool. In many cases I still maintain that these aspects are true; old ideas are recycled constantly and cheap performance videos multiply overnight. But I think I’ve changed my mind since then. I now believe that the music video is re-emerging.

After a decade of new internet services siphoning off the music video’s previous purpose, to expose and promote the band visually and to develop a band image they are able to sell, broadly the music video is still filled with the same old content, but the bands and their management are using them differently. Instead of drumming up hype before a release they are now utilising them as a means of remaining in their audiences’ consciousness. In an environment where there are hundreds of bands, nigh thousands domestic and internationally, vying for media attention, the videos have transformed from ‘ooh we have a new release check us out’ to ‘we’re here, we’re here, we exist!’. And so if a band receives any sort of attention it’s integral that they remain in the news in any way they can, and a music video serves that purpose. As Marshall McLuhan said, ‘the medium is the message’.

Read more »
Posted by Unknown No comments: Links to this post