Brian Froud is a bit of a hero of mine!! I am very picky with my Art and i must say that his work is some of the best that i have ever seen! It is right up my street. 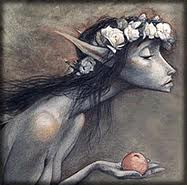 His work around Fairies i have to say is my favourite! I like Photos and Paintings which allow me to feel as if i am in them. Frouds images do this for me. 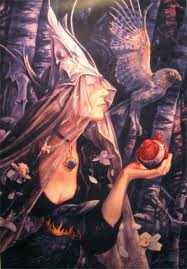 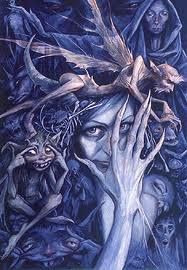 For more of his work click here, here and here.
Posted by Red No comments: 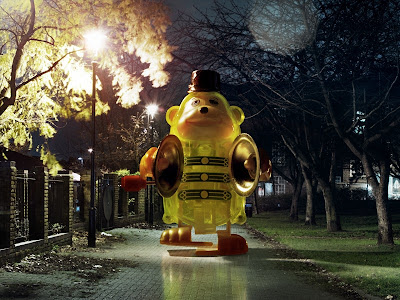 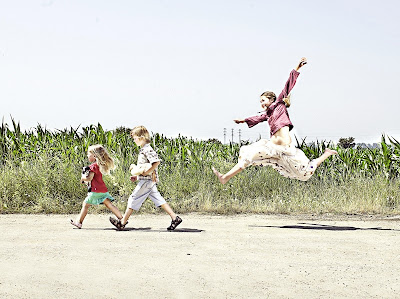 I'm Runnin'!
(click either to enlarge)
I am ACTUALLY excited by Adrian Samson's photography. I have been pouring over his portfolio on his website for the past hour, just sitting with my jaw hitting the floor. Adrian Samson's images are a delight to view, I don't think any deep concept are sitting behind them, simply put they are just good looking, a real pleasure as a viewer.

The top image, 'The Monkey' reminds me of Jeff Koons' large, loudly coloured, placticky art and is part of a series, whilst the bottom image didn't have a title but I felt "I'm Runnin'" was appropriate. It's part of a series of photographs that shows Samson experimenting with digitally enhancing the images.

I completely implore you to check out Adrian Samson's portfolio on his website it is brilliant: here.
Posted by Unknown No comments: 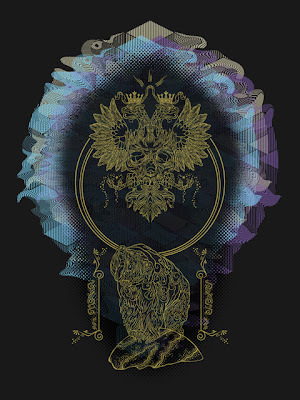 (click to embiggen)
Paul Romano would probably be most recognised for his commercial work, working with bands like Mastodon and The Red Chord, the artist is easily affiliated with those bands and then his other works are forgotten. However, Romano's fine art is truly a spectacle. The exquisite detail he etches is remarkable, so much so that the horrible blurred image above evidently does not do it justice, so I suggest to click and embiggen.

Works like these always hurt my head, during the process the little, minute squiggles and whatnot don't make up much, but the finished article is always very impressive. Hmmmm....

Head over to his official website to see better and more detailed images of his work: here.

Go and check out Paul's blog it's quite interesting, albeit a little overdue on the post front: here.
Posted by Unknown 1 comment: 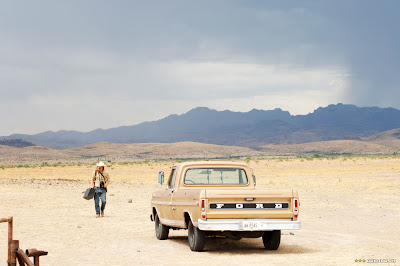 'No Country For Old Men'

'The Assassination of Jesse James' 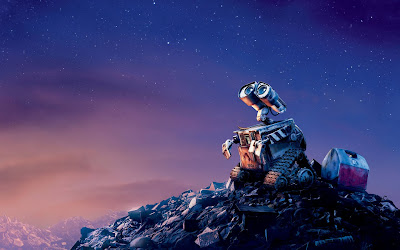 
Roger Deakins is a cinematographer, and frankly he is probably the most lauded; a critically and fan acclaimed cinematographer. Roger Deakins' work is out-of-this-world brilliant. If one were to attempt counting the number of great films he's been a apart of you'd have to use more than just your fingers and toes. 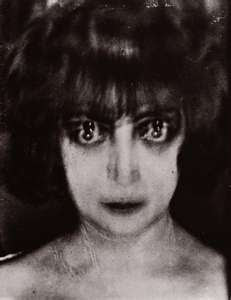 Man Ray is a name that should be known by all - a keen Photographer. He is simply quite odd and quite arrogant. A lot of his work was within the darkroom, creating my all time favourite Photograms. Although he had to take it a step further by naming them Rayographs.... after himself. Anyway enough...enjoy!! 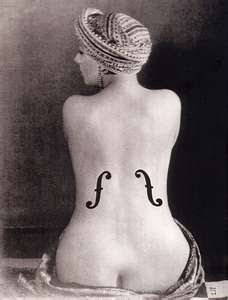 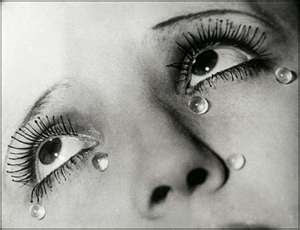 For more of The Ray's stuff click here, here or here.
Thank you 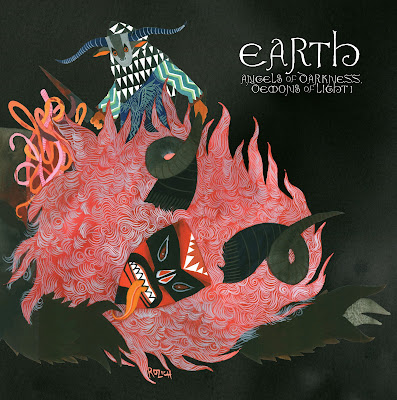 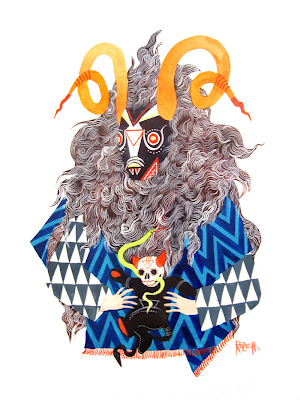 (Click on each image to enlarge)
Record art, I find, is often a handy gateway to find decent more obscure artists, and Earth's 2011 record 'Angels of Darkness, Demons of Light' artwork is no exception. Stacey Rozich's fantastic folk art is so damn eye-catching, the stripes, the waves, the blocks of vibrant colour. It's alluring art to say the least.

In the past few years I've grown to be a fan of Japanese art, to say it hasn't had a huge influence on modern art, especially western, is an understatement, check out Japonism. Stacey Rozich shows great appreciation of the characteristics that made up Japanese art: "the lack of perspective and shadow, the flat areas of strong color, the compositional freedom in placing the subject off-centre".

I do urge you to check out Stacey Rozich's portfolio it's more of the same, and it's excellent: here.

If your interest is piqued, Earth sound like a Spaghetti Western, check them: here.

Seeing as we are posting landscape at the mo, I thought I would post the greatest Landscape Photographer in the World. Ansel Adams. Just simply because his work, shot in America, is amazing!! 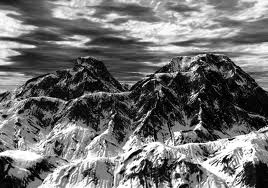 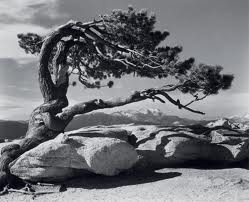 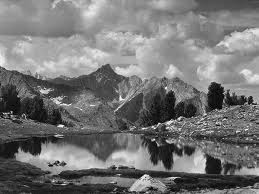 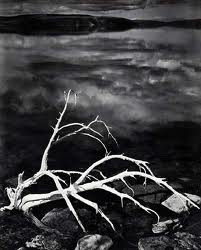 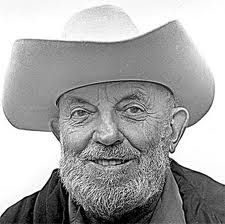 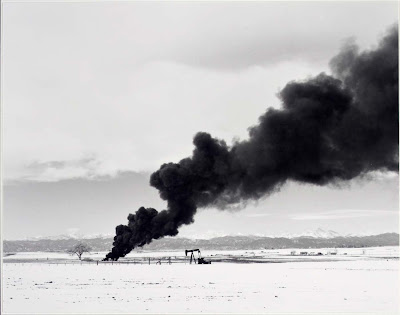 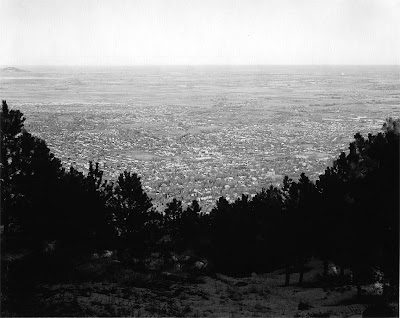 East from Flagstaff Mountain (click to enlarge)
Robert Adams is a relatively new name to me, after some searching for influential landscape photographers I came across a now famous 1975 exhibition: "New Topographics: Photographs of a Man-Altered Landscape" which apparently the spirit and aesthetics of the exhibition has had a profound effect on contemporary landscape photography.

For one, you can take a look at the recently discussed Edward Burtynsky to see this such effect.

Robert Adams was one of eight young Americans invited to be represented in the exhibition, and after a quick look at the other photographers I think his work is the stand out of the exhibition.

The two above images are impressive and striking to look at. The sharp, deep contrast in Burning Oil Sludge North of Denver [1973] of the poisonous black emitted from the fire against the crisp, wintry sky and ground is stunning. The exact detail of the ghastly plumes of smoke depicted by the image is remarkable and is made all the clearer by the complementary bleak snow.

In the second image, East from Flagstaff Mountain [1976], the standpoint is magnificent, it just lets the landscape fall away from the viewer. It feels like the city below sprawls out to the grey horizon. Oddly enough, this photograph makes me recall the play 'Macbeth', where Macbeth would "never vanquish'd be until Great Birnam Wood to high Dunsinane Hill shall come against him", meaning he wouldn't be defeated until the forest travelled to the castle. Adams' image, and especially from the audiences' viewpoint, feels like these great pines are marching on to the city below, maybe to mark the end of a crazed power hungry patriarch.

You can read up on the 1975 "New Topographics: Photographs of a Man-Altered Landscape" exhibition: here.

Unfortunately Robert Adams doesn't have any official website but you can find sufficient info here, here and here.
Posted by Unknown 2 comments: 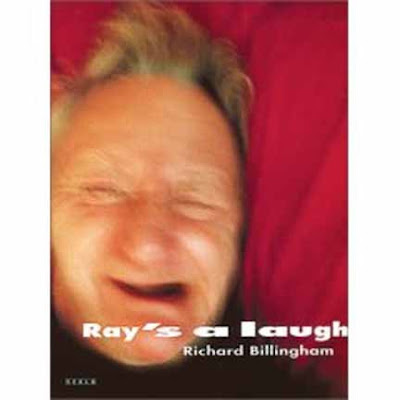 Richard Billingham is around one of my most favourite and inspirational Photographers at this time. I discovered him through my current Final Major Project which I am doing at Uni.

His book 'Ray's a Laugh' is a small documentary project around his family and home life. It follows his alcoholic Father, Ray and his obese, rough and ready, heavily tattooed Mother Liz.
Read more »
Posted by Red 2 comments: 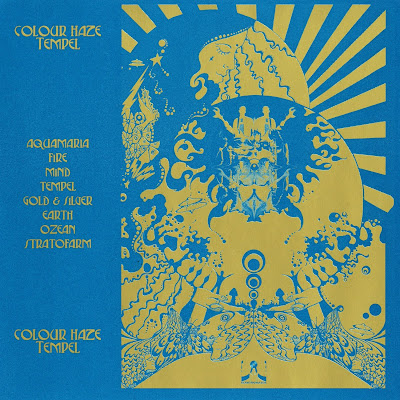 In recent years I made the mistake of not really recognising the beautiful weather we get in Spring, expecting it ten-fold in the Summer, when in reality each Summer has been rather dour. So this year I'm not going to be fooled thrice.

We all have our favourite Summer music; music which I feel epitomises the essence of what Summer is all about. Trips to the beach, hot weather with the sun beating down, a more general laid-back approach to damn near everything, shorts, sandals and sunglasses. What's more, I think music is more pronounced in the daily routine, thus why we have favourite Summer music.

Colour Haze are a desert rock band hailing from Germany who I feel capture this hypnotic daze our general state of mind is in during the Summer. They capture the mirage in the desert and they capture the soft warm glow of the sunset.

Enjoy the above track 'Mind' from their 2006 record 'Tempel' [Elektrohasch Records]....

Listen to more tunes over at their Myspace or on Youtube.

What artists do you listen to in the Summer breeze? The Canadian photographer, Edward Burtynsky, instantly became one of my most favourite photographers the moment I stumbled across his book 'Oil' on Amazon. One day I do hope I can adorn my bookshelf with it, but for now I have to make do with my glaring computer screen.

Burtynsky manages to marry huge, expansive landscapes that reach as far as the horizon, in hand with the head-shaking concept of man transforming nature, I say 'head-shaking' as Burtynsky's photo lens is glaringly pointed at the industrialisation of nature. Burtynsky's main focus has been the capturing of the replacement of natural beauty, the man-made, hideous landscapes that are pock-marked by fuel-gorging contraptions, gargantuan steel buildings and the discarded waste that's left along the way. His images albeit pinpoint the destructive nature of man towards earth and the perpetual greed of its resources, they do emit their own kind of mechanical and lamentable beauty.

More images and information after the jump... 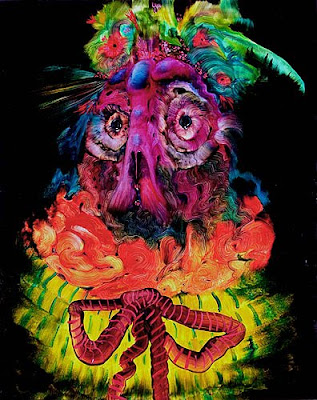 I am aware that Cherub The Great isn't a huge fan of some contemporary art, however I hope she can appreciate Ethier's use of vibrant, almost edible colour which is inherent in all of his oil paintings.

I initially found Ethier through this image above, it was used for the record art of Quest For Fire's 2010 record Lights From Paradise, which provides an exquisite journey, a review can be read here, and it was Ethier's painting that indeed captured my attention.

You can view a whole load of his paintings: here.

To hear a track off of 'Lights From Paradise' hit the jump.

Nick Knight is a name which I have heard on various occasions. Mostly people singing his praise. This Fashion Photographer is one of two most significant and successful Photographers to have ever come out of the Arts University College at Bournemouth, (where I am lucky enough to be studying this year and the next three years.)

His first work and book 'Skinheads', published when he was studying at Bournemouth, is what got him noticed. Since then over his 29 year career he has been commissioned by clients such as Calvin Klein, Christian Dior, Levi Strauss, Royal Ballet, Royal Opera House and Yves Saint Laurent and many more. He also directed the recent Lady Gaga music video 'Born This Way'.

I simply enjoy his work because it shows imagination, intelligence and creativity beyond any expectation. Something which is odd for me... I show his work not for concept but simply for aesthetics... they look good. 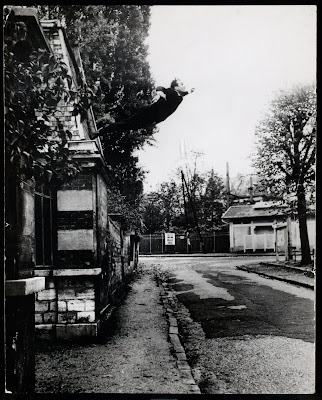 Yves Klein was brilliantly multi-faceted, adept at sculpture, drawings, architecture, paint, installation pieces, the guy was just pretty good all round. I first encountered Klein at the Pompidou Centre where a lot of his blue monochromes were on exhibition, and they really struck a chord with me. However, it was this specific photograph that provided the more interesting thinking fodder.

The above image is just majestic yet unsatisfactorily unreal, what looks like that Klein is falling yet held frozen in the air, what should be impending hospitalisation transforms into a surreal flight. I like that the image confronts the viewer with superficial misdirection.

A huge compendium of his work is available for viewing on his website: here.

Both me and Lizzie have been thinking about setting up a blog for a while now and we've just got round to doing it. Hyperpower will be a place to share some of our own photography with some of our thoughts and ideas behind the images, and also a space to show some of the photographers that inspire us. Along the way some music will be thrown in too.
Posted by Unknown No comments: